Congressional representation is reapportioned every decade following the completion of the decennial census. Most reapportionment estimates released in December 2020 agreed (EDS & PoliData), but the impact of the novel coronavirus on the 2020 Census has thrown those estimates into a greater degree of uncertainty than usual.

Fair Lines America Foundation took the July 1, 2020 estimates of the resident population of the United States from the Census Bureau and adjusted the count downwards based on a weighted average growth rate to produce a reasonable forecast for the 2020 reapportionment. The adjustment is necessary because the population estimates are as of a date three months after the official Census Day of April 1, 2020.

The Forecast as of December 2020 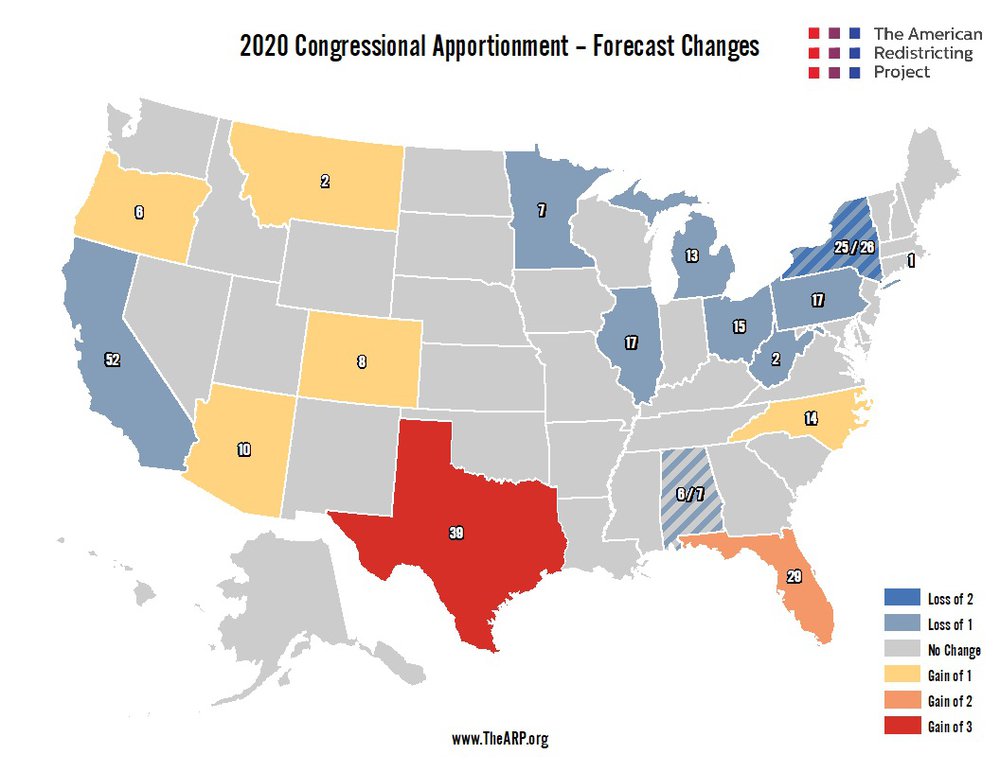 If the 2020 Census produces population numbers in-line with the population estimates produced by the Census Bureau over the past several years then there should be few surprises. The one major question remaining is whether or not New York will lose one or two seats. If New York loses two seats then Alabama appears to be the major beneficiary. The Yellowhammer State would keep its seventh district in that scenario. The gap between the loss of NY-26 or AL-07 is less than 24,500 residents.

Americans will have to wait a bit longer to find out what the final apportionment counts are. The Census Bureau has stated publicly that the numbers will not be ready by December 31, 2020, and it remains uncertain whether the Bureau will be able to produce the numbers under the current administration or not.