Over the past seven reapportionments, 66 seats shifted from the Northeast and Midwest to the South and West.

The Northeast region lost 32 seats from 1960 through the 2020 reapportionment. The region’s losses were concentrated in the mid-Atlantic states of New York (-15), Pennsylvania (-10), and New Jersey (-3) with New England states accounting for four more. Not a single state in the northeast has netted a seat in the past 60 years.

The southern region has not experienced one trend unlike the Midwest and Northeast. Southern Congressional seat gains have been concentrated along the Atlantic coast where Florida, Georgia (+5), North Carolina (+3), South Carolina (+1), and Virginia (+1) have been responsible for 25 of the region’s 30 net seats. Texas has gained 15 seats since 1960. Six Southern states have lost seats over the same period. They are Alabama (-1), Kentucky (-1), Louisiana (-2), Mississippi (-1), Oklahoma (-1), and West Virginia (-3).

Another way to look at the South region is that Florida and Texas make up the entire net growth of the region with the gains and losses elsewhere cancelling each other out.

The greatest beneficiary of recent population trends is the West region. Unlike the South where two states represent the region’s growth the West has had eight states gain seats and seven of those eight gaining multiple ones. The growth in some states has been exponential: Nevada has quadrupled from 1 to 4 seats, Arizona has tripled from 3 to 9, and Utah has doubled from 2 to 4. California’s 15 seat increase from 1960-2010 was slowed by their first loss of a seat in history in 2020. 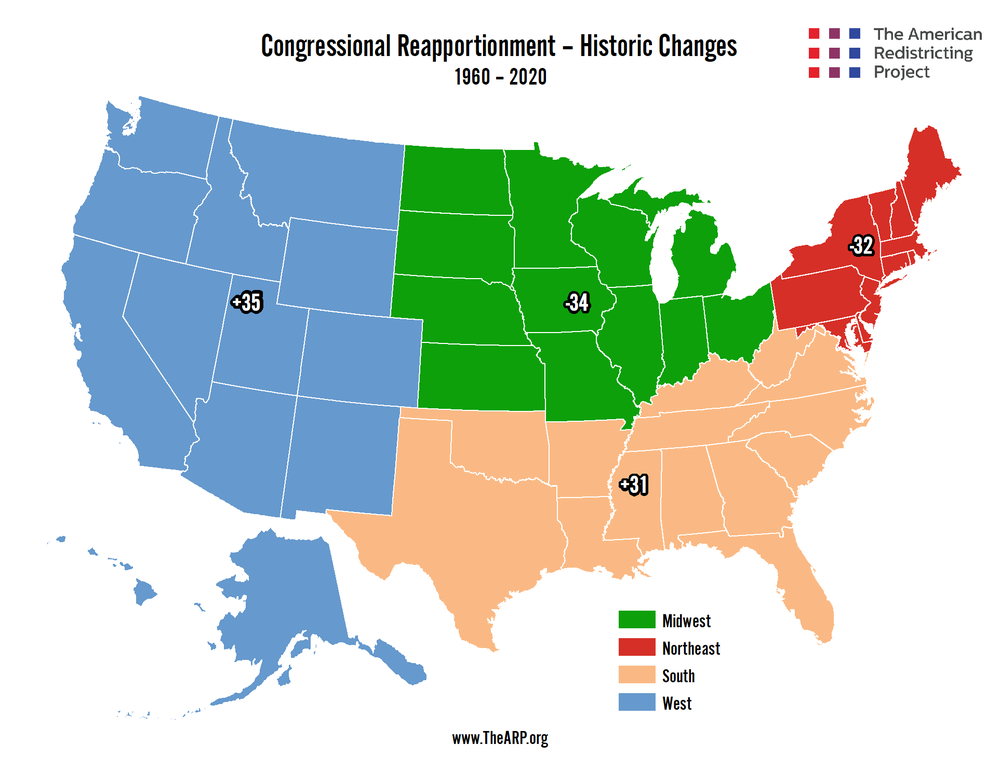 The top five growth states since 1960 are California, Florida, Texas, Arizona, and Georgia.

New York, Pennsylvania, Ohio, Illinois, and Michigan have lost the most seats since 1960. 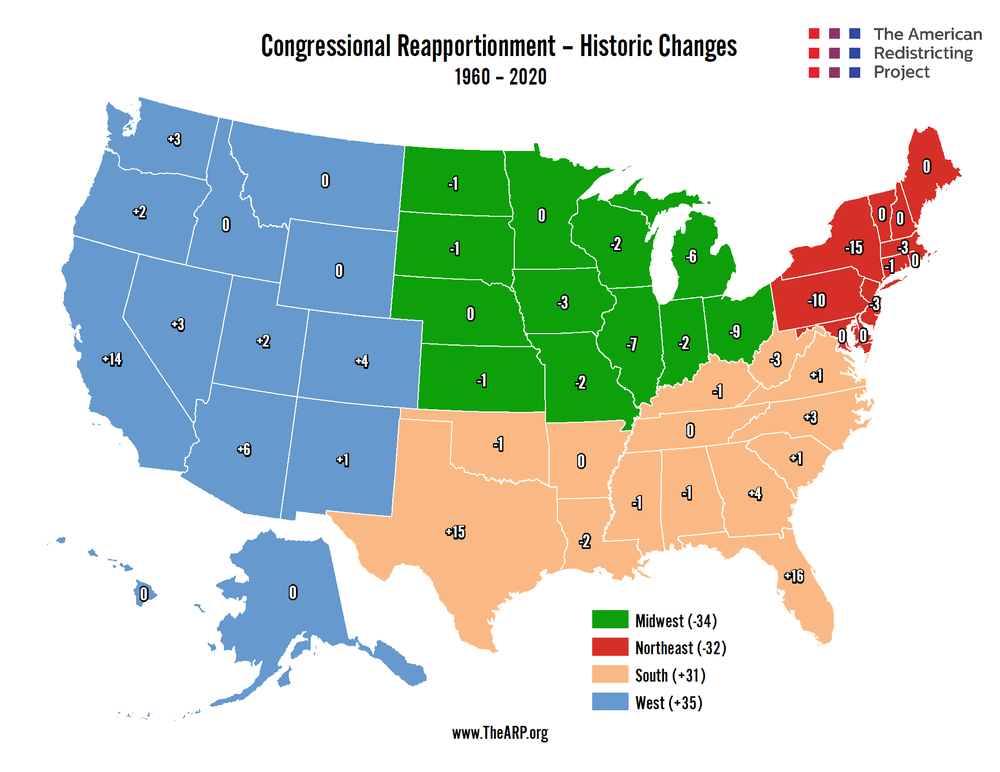