At the beginning of the 2020 redistricting cycle, we published a blog post detailing who controlled the redistricting process in each state. But the realities of the cycle had other plans as intra-state politics and legal battles upended many of these mapping expectations. Now, with the cycle at its end, we will reexamine several states where redistricting control functionally changed and explain why they occurred and how they impacted their final redistricting plans. 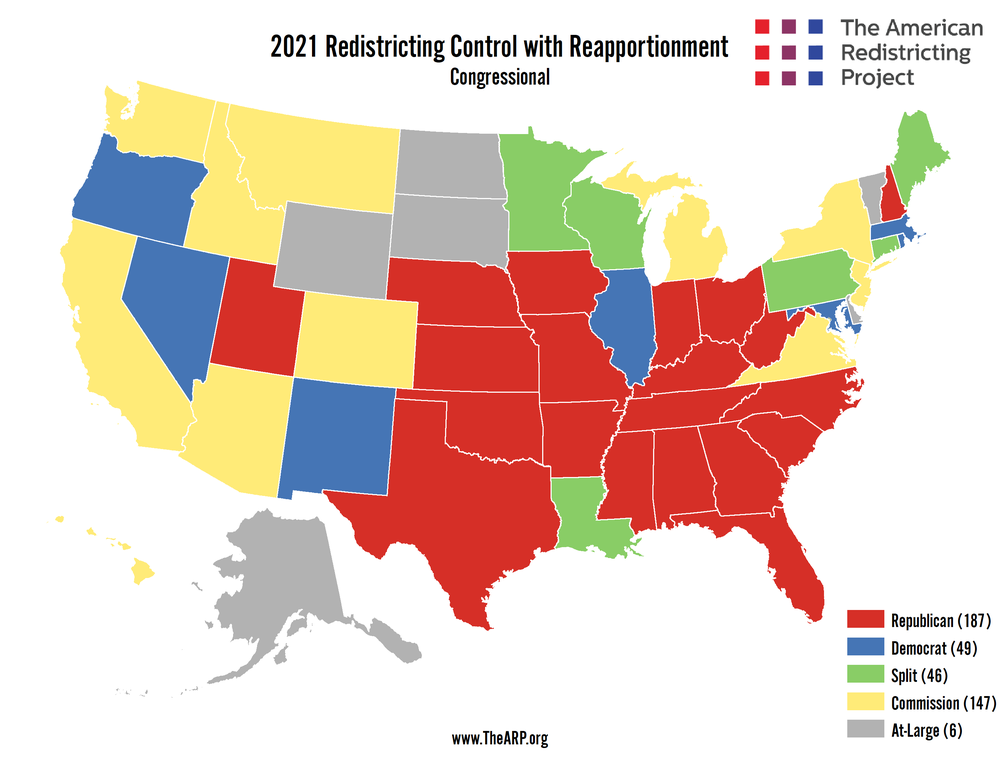 Maine was expected to be a split-control state because congressional maps are enacted by the legislature with the aid of a 15-member advisory commission wherein both parties had a meaningful role in the process. As the process commenced, the commission took a collaborative approach and submitted a compromise plan to the legislature which accepted it without amendments, functionally changing Maine to a commission-controlled state.

North Carolina was expected to be a Republican-controlled state because it had a Republican legislature and the state’s governor has no role in the redistricting process. A state court struck down the legislature’s map and adopted the court-appointed special master's redistricting map on February 23, 2022, thereby making it a court-imposed state.

Virginia was expected to be a commission state due to the newly passed ballot measure. However, after the commission failed to agree on a map prior to the constitutional deadline, the impasse led to a special master-drawn map being adopted by the Virginia Supreme Court on December 28, 2021.